Focus on the certification of companies according to IATF 16949 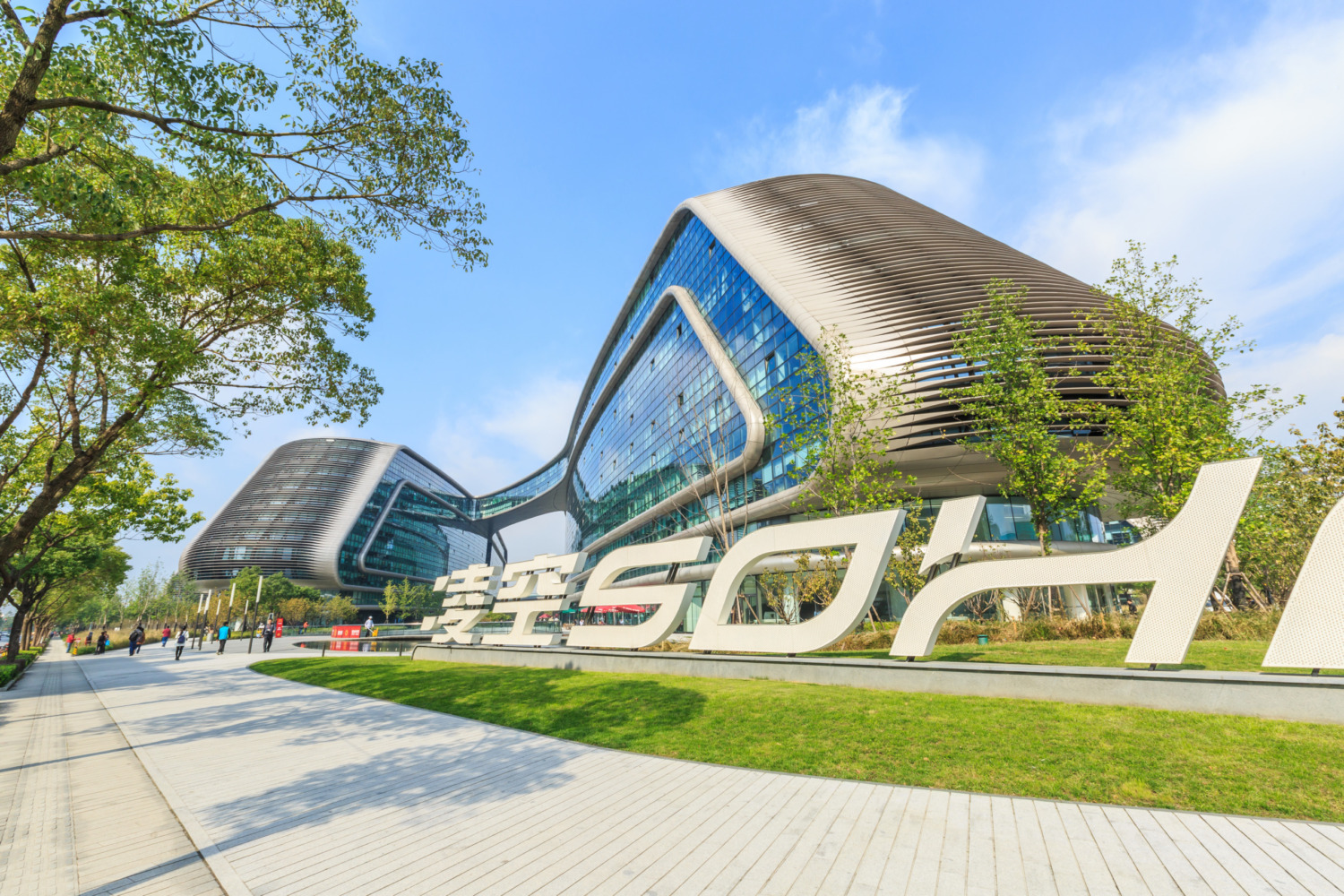 China is the world’s largest market for IATF 16949 certification. With the establishment of our subsidiary in Shanghai, we are demonstrating our presence on the important automotive supply market of China, especially for the benefit of our internationally active customers.
Thorsten Greiner, Managing Director TÜV Saarland Certification GmbH

Location with a spirit of optimism

If you are looking for a passion for technology and a spirit of optimism, Shanghai is the place to be. The flexibility, high level of expertise and service standards at TÜV Saarland Certification fit well into this environment.

Working in the landmark of modern Shanghai

The choice of business premises was really easy: the “Sky SOHO” building by Zaha Hadid is a new landmark in Shanghai and perfectly translates Shanghai’s spirit of optimism into architecture. With over 300,000 sqm, the office complex is more like a city within a city, and at the same time one of the most beautiful and modern buildings in Shanghai. 12 buildings are connected by 16 bridges and framed by a campus with green and water areas. Sky SOHO thus offers a perfect environment for working with large supplier companies and represents the city’s modern spirit as much as that of the TÜV Saarland Certification team. Of course, the choice also had very practical reasons: it is perfectly accessible for employees, customers and business partners and a good starting point for the projects on site.

Clearly different to other providers

Carrying out an audit is standardised, but there can be big differences in the service provided by a certifier. This is where TÜV Saarland Certification comes in and impresses with a concept that meets the needs of the rapidly growing market: faster, more flexible, more demanding – for example, when it comes to finding appointments and providing auditors. Customers are treated on an equal footing. There are to be no anonymous call centres for making appointments. In return, a level of high professional competence among the auditors, in certification and in industry expertise. There is also a link to TÜV Saarland: in addition to Chinese, every TÜV Saarland Certification auditor speaks English and some also German. 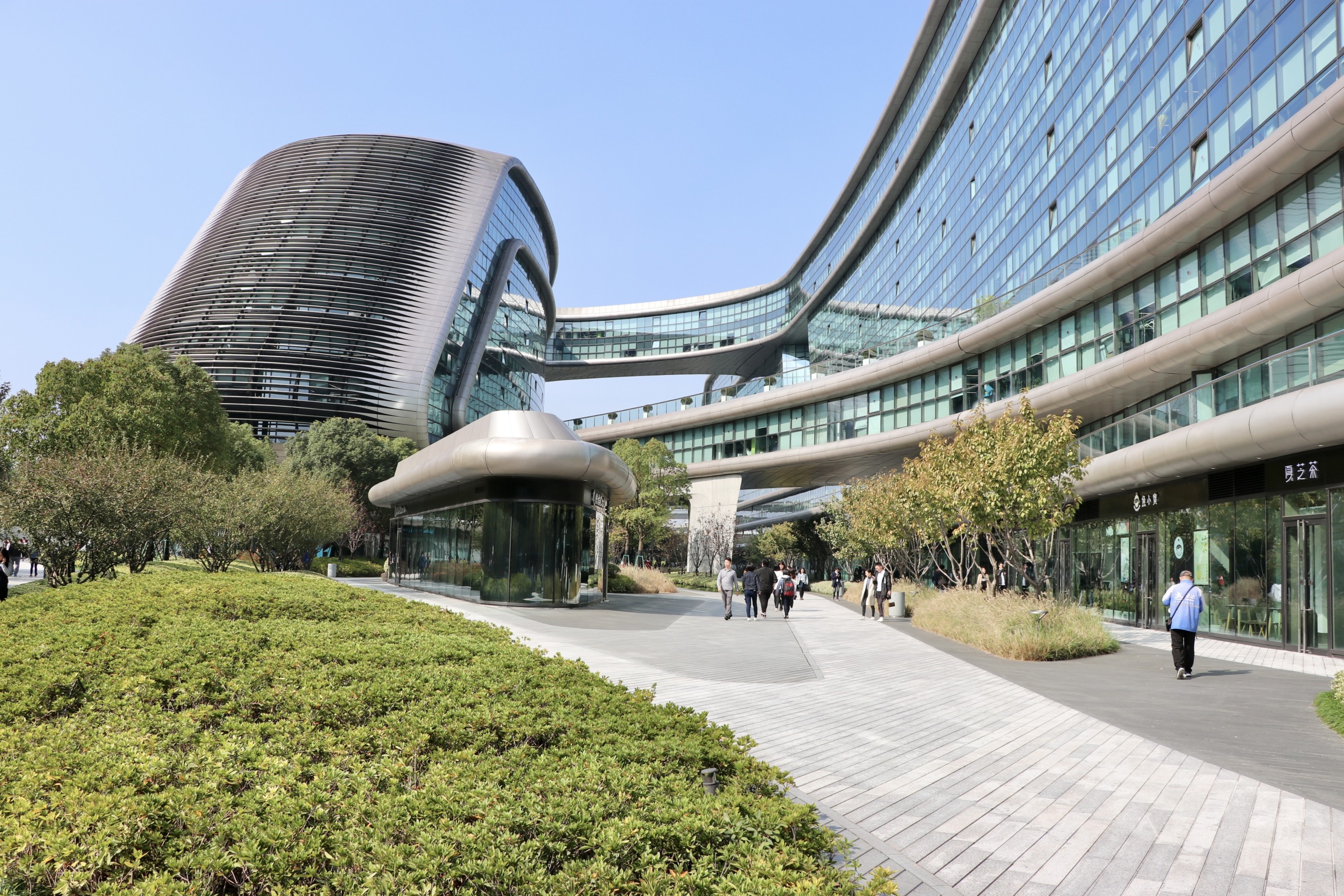 About the Skybridge SOHO building complex

The building is Zaha Hadid’s first work in Shanghai. Sky SOHO is located on a plot of 86,000 sqm and with a total GFA of 350,000 sqm. It is comprised of 12 standalone buildings interlinked by 16 sky bridges The buildings resemble four bullet trains about to take off.

Sky SOHO is the third in a trilogy of SOHO China developments designed by Zaha Hadid Architects, following Galaxy SOHO and Wangjing SOHO in Beijing.

Situated in the Shanghai Hongqiao Airport Economic Zone, Sky SOHO is adjacent to the Hongqiao transportation hub. The area is already home to the headquarters of over 800 companies, and has become established as an especially dense and active commercial zone in the Yangtze River Delta region. Boasting its spectacular design and advantageous location, Sky SOHO is Shanghai’s new iconic landmark building.

Sky SOHO was designed to be a green, sustainable building with efficient energy use. So far, it has achieved LEED Gold precertification. To manage Shanghai’s chronic air pollution and ensure high quality clean air indoors, Sky SOHO uses an advanced air purification system to effectively filter out over 90% of the atmospheric PM2.5, far exceeding the national standard.